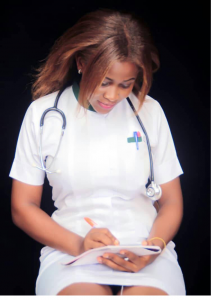 The   relevance   POSITIONING  HEALTH PROMOTION  FOR THE TWENTY-FIRST  CENTURY depends on the way in which health promotion is positioned  both  as a  field  of  research  and  as  an influence  on  policy.  In  the  Regional  Office  for Europe,   the   World   Health   Organization   is attempting  to  position  health  promotion  as  an ‘investment strategy’; a strategy which pays social and  health  dividends,  both  short  and  long term.

This  is a  strategy  which  is integral  to  social  and economic development, framed  within the development  criteria  of  equity, sustainability, empowerment (see Ziglio,  1993; see also WHO, 1995).

If health promotion  is to move to a broad political and policy level of action, there must be an informed  strategic  plan  which  places  multiple  theory-based interventions in the correct juxtaposition to yield  maximum  health  benefits  for  a population.

Hence the importance for health promotion not to be confined   merely to   behaviour modification programmes, but to address and influence policies in a wide range of sectors.

The credibility of health promotion is  linked  to  its  capacity  to  influence policies within and  outside the health sector  (see Ziglio, 1993). Conversely, naively conceived and essentially co health promotion (Kelleher, 1995).

If one wants to evaluate health promotion programmes,   one needs not only robust methods of evaluation, ones need, first and foremost, robust programmes and supportive policies to evaluate!

Health promotion must be linked to wider public policy initiatives to enhance its impact on processes that enable people and to  gain  control  over  and  improve  their  health (Milio, 1981; WHO/EURO, 1995a).

Health promotion cannot stand alone as either a discipline or an enterprise. What health promotion   brings   to   bear   is   knowledge   and   skills involved   in  analyzing  and  appraising  clues  to those   aspects   of   personal,   social,   economic, political  and  organizational  behaviour  that  perform  as  resources  or  barriers  to  improving  the health of  a population. It is not the lack of a single, general theory that slows progress in promoting population health. It is more the lack of common sense  and  good  judgment  in  appreciating  the complex  realities  of  the  human  condition  and identifying  what,  where  and  when  interventions are appropriate, preferred  and possible.